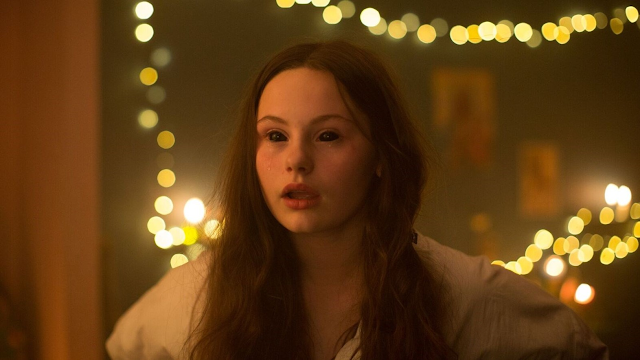 Shy and contemplative, young Melissa is the only Haitian and only Black student in her elite girls’ boarding school. She attracts the attention of her classmate Fanny, who invites her to join her literary sorority. To gain entrance, Melissa quotes Rene Depestre (I think) and tells them about her family life, her dead parents and her loving Aunt Katy, who happens to be a mambo. Fanny’s ears perk up at the mention of voodoo, and after suffering heartbreak she, like white horror movie characters before her, decides that fucking around with Voodoo to solve her personal problems is a terrific idea. This does not go well.

If this sounds like the voodoo version of The Craft, I hate to disappoint you. This slice of French arthouse from Bertrand Bonello places what would be the inciting incident in your typical horror film at the very end of the movie. The boarding school setup is interspersed with the story of Melissa’s zombified grandfather. And Bonello loves a long, languorous shot to set the mood, and sometimes the mood is bored. These girls are bored as hell, Fanny especially. You probably already know if moody arthouse stuff is your bag and can judge accordingly whether or not you want to watch this.

Me, I liked it a lot, but of course I did. It’s extremely French, there are not really any men in it, and I always crave movies about zombies, I mean real zombies, not those Romero things which I’ve always thought we would have been better off calling ghouls. Melissa and Fanny are intriguing characters, Fanny full of a childish self-seriousness and earnestness, Melissa conveying an understated charisma that draws even her skeptical classmates towards her. I would love to hear perspectives from Haitians and Vodou practitioners, especially about the movie’s depiction of Baron Samedi, but this to my extremely limited knowledge seemed like a more respectful depiction of Vodou than most. Melissa is clear about her love for Vodou as a belief system, not just a magical practice that can be dipped in and out of.

I’d say watch this at a time when you can give it your full attention, phone face-down, blinds drawn. It’s visually stunning, strange, contemplative, and takes its young girls seriously, even when they’re dumbasses. If you think this kind of stuff is pretentious, whatever. More for me.

The Talent: Most of the young actresses are early in their career. Bertrand Bonello’s been making films for going on two decades but, being unfamiliar with French arthouse, I have not heard of any of them.

Story Type/Archetypes: vodou, zombis, be careful what kind of magic you fuck around with

Sense of Place: In their opulent school, Melissa and her classmates are remote from the rest of the world – I wasn’t even sure what part of France they’re in. The visions of Haiti are colorful and beautifully captured, without (I thought) being exoticized.

Are there heroes?: Being more of an arthouse film, this isn’t a film about good and bad, but I did love the film’s depiction of Katy. More Katys in cinema please.

Who are the monsters (and why are they scary)?: Baron Samedi is a chaotic and dangerous presence in the film who appears at the end to offer some surprisingly typical possession-story action. Considering the rest of the movie’s opaqueness, I’m not sure how well it worked.

And where’s the audience?: My favorite parts of the film are when we get to see Melissa alone, grooving to her favorite music or lighting her candles. The film invites us in to a cinematic intimacy, even as it puts up the usual arthouse barriers of entry.

This movie will freak you out of you’re creeped out by…: Possession, teens making bad decisions.

Is it a metaphor for something?: The movie definitely wants to say some stuff about France and its relationship to Haiti, the French Revolution and the comparatively undervalued Haitian Revolution, modern Haitian politics, the immigrant experience, and spirituality. There are lots of ideas here, and the film isn’t hiding them behind anything.

Is there a twist?: Just that it suddenly becomes a conventional horror film in the last twenty minutes.

What kind of ending is it?: Very, very unresolved. Makes you do the work to imagine what happens next

The girlfriend’s rating (i.e. how much would this upset my girlfriend?): PG, for teens in peril.

But how gay is it?: Yet another film about an all-girls boarding school, so yes, absolutely queer. Fanny talks about turning down another girl’s advances, but seems to have a maybe-erotic fascination with Melissa, even after she moons over her dumb boyfriend. On a different note, Baron Samedi was performed as surprisingly effete.

And did it fit the daily theme?: Moody, girls as main characters, artistic ambitions, only kind of a horror movie, yes absolutely yes.

Goth Queens / Best Character?: Fanny is emo as can be, but my heart belongs to Melissa, who daydreams about eating her classmates.

Girlfriend’s Corner: I watched… 15 minutes of this, maybe? My big takeaway is that it is an extremely French movie, right down to a group of girls at a private school choosing to form a “literary sorority” because they consider themselves above the other children at school. It looked really good, though, and I’d be very interested in giving it a rewatch at some point if Sara’s down! 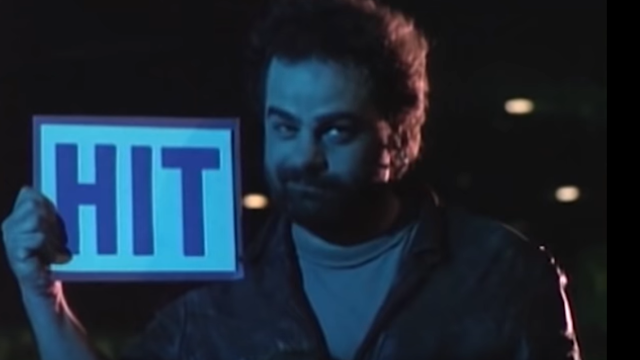